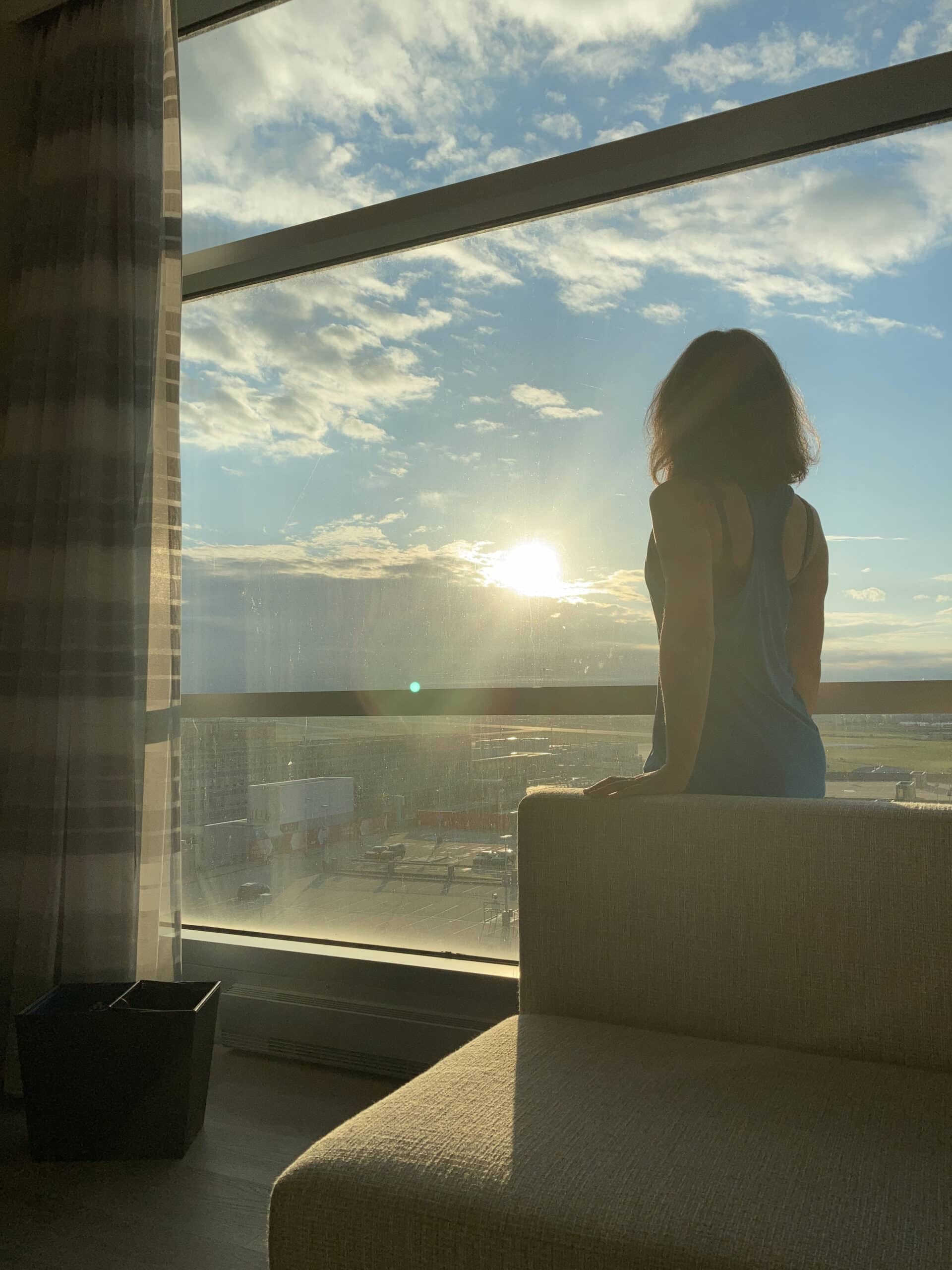 The 2022 season promised to be exciting! With the first two World Cups held in Europe in May and the finale being home in Québec City! Also, Baie-Comeau is receiving us for the 5th time, 3rd one for the UCI Paracycling Road World Championships. From the start, this season would be different; more pressure, brought in part by the honour of wearing the exclusive UCI Paracycling World Champion jersey and because of what it meant to have the World Championships at home.

In 2008, a little girl (me) passionate about cycling asked herself if she could make it in competitive cycling. Trying was the only way to get the answer to that question. The classification process for paracycling is not easy to understand, as each disability can have particularities. In 2005, a high speeding car hit me during a bike ride. It resulted in a light head trauma, 2 almost amputated arms and a severely damaged leg. However, this has never stopped me to function, be active, give everything and try to lead by example.

Of course, I had absolutely no idea how far I could go in the sport, but had high expectations to do well. Looking back those 13 years, there is great pride in each accomplishment:

Having worn the UCI world champion jersey this season has been a real honour and it was with great pride that I wore it one last time during the world cup in Quebec. Finishing on the podium after these races would have been great, but at the same time, I gave everything. Looking in perspective, these are 2 top 5 results I can be proud of. Just as the next 2 races this Friday (August 12) and Sunday (August 14), they will be the result of 13 years of learning, of experience, of teamwork, of support from hundreds of people, friends, family and sponsors who have supported me and I am grateful.

This is not a retirement announcement, more like a transition. A transition towards a cause I care about and which will allow me to pursue my passion for communications. I am sensitive to the cause of environment. It’s important to be engaged and think about future generations who will be following us. That’s why I am pleased to announce that I am joining the Réseau Québécois des Femmes en Environnement and the Conseil Québécois des Événements Écoresponsables as communication director. We’ve got big problems to solve and we need people to solve them. I am also very proud to announce my selection as fellow for an 8-week seminar to work on solutions about a building a greener future, led by canadian author Margaret Atwood. In addition to this workshop, I am thrilled to join the Eco Athletes champions, in a team effort to bring more awareness on the importance of preserving our environment.

The team is currently in Baie-Comeau for the UCI Paracycling road World Championships. Two more races… The individual time trial was today (August 12, 2022). A constructive chat with my coach helped A LOT. During the race, I took great lines, didn’t break too much in the corners, had a high power output and caught a few riders who started before I did. I am very grateful for all the support before, during and after the race, from the team, my coach, sponsors, family, closest friends who are near or far 🦋…

For the moment, there is 1 more race left. After that, it will be my teammates’ turn to write their part of history.

My advice to them… Never stop being a seeker. 🦋

This site uses Akismet to reduce spam. Learn how your comment data is processed.

Manage Cookie Consent
To provide the best experiences, we use technologies like cookies to store and/or access device information. Consenting to these technologies will allow us to process data such as browsing behavior or unique IDs on this site. Not consenting or withdrawing consent, may adversely affect certain features and functions.
Manage options Manage services Manage vendors Read more about these purposes
View preferences
{title} {title} {title}

Manage Cookie Consent
To provide the best experiences, we use technologies like cookies to store and/or access device information. Consenting to these technologies will allow us to process data such as browsing behavior or unique IDs on this site. Not consenting or withdrawing consent, may adversely affect certain features and functions.
Manage options Manage services Manage vendors Read more about these purposes
View preferences
{title} {title} {title}